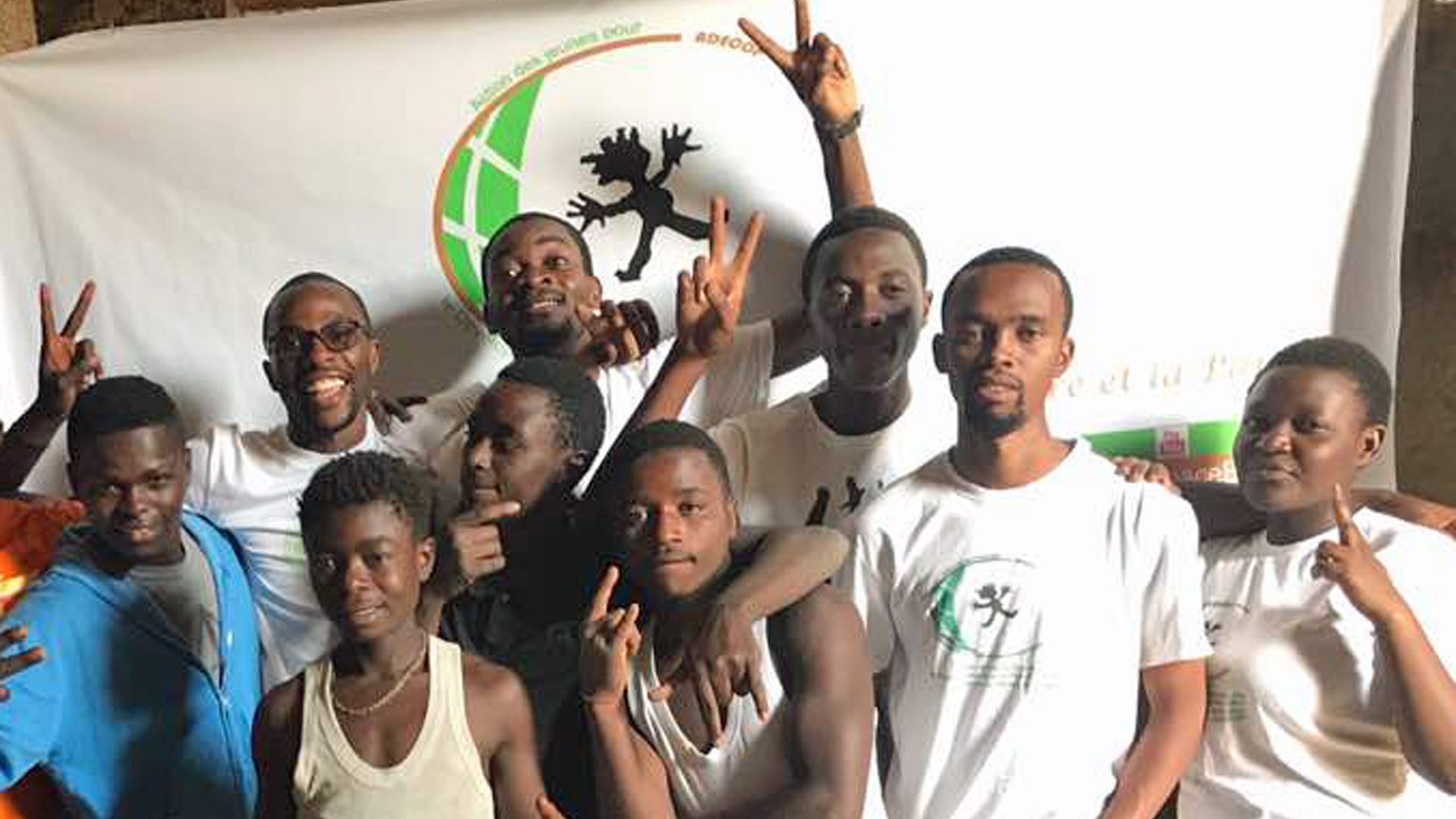 The Network of Clubs

A central element of the strategy of ADECOP toward a greater participation of young people is the support of the establishment and operation of clubs for young people. These small independent groups of young people often form on the basis of something that the young people have in common (e.g., same school, same neighborhood, same recreation) as well as a motivation to make social change through community and citizen action.

The Youth Clubs organise competitions, workshops and campaigns and other actions of solidarity. ADECOP promotes the Youth Clubs as fun and appealing places for young people to become involved in the service of their community. It is expected that the group dynamics for change that begins in the clubs will subsequently be an ongoing integral part of the lives of youth club members, and will also extend to their families and communities.

In the long term, the Youth Clubs also serve on the social reintegration of young former soldiers and combatants and other vulnerable groups of young people through their inclusion in the building and the regeneration of communities.

ADECOP organizes regular training program for the members of the Youth Clubs, and also for other youth organizations and community organizations. The training series includes:

The courses develop skills which can be transferred to regular life circumstances today and in the future. To this end, the emphasis is on the empowerment of participants to serve as a ‘multiplier’ so that they in turn teach others in their communities.

In 2011, ADECOP concluded a partnership with the United Network of Young Peace Builders (UNOY Peacebuilders) and the Upact Foundation for the Peace of Minds Project, which inlcuded an international exchange that connected local organizations of the South to groups of Dutch students for awareness raising and dialogue around the solutions to pressing development, peace and security concerns. Over the course of a year, the students were invited to respond to specific challenges formulated by field partners and draw inspiration from the orientation of the local actors.

The challenges posed by ADECOP concerned the security of women and young girls in the context of problematic access to vital resources such as water in eastern DR Congo. More specifically, we invited the students to suggest measures that local communities could adopt immediately to reduce violence against women and girls.

In the framework of the project, ADECOP and students developed a Resource Training Manual for the Youth Clubs. This Manual addresses techniques of community resources management and human rights with the aim of educating the young women and men about more equitable to gender relations in the management of key resources in communities affected by the war.

The discussions with young people and other community actors have highlighted the areas where the young are or could make signifiacnt contributions to their communities. This includes the promotion of community safety, the conduct of micro-enterprises, the care for the elderly, the alternative education and the dissemination of cultural heritages in a purpose of intercommunity dialogue.

ADECOP actively seeks opportunities to strengthen its capacity to provide support to the launch and then continue technical assistance to viable social enterprises that have the potential to increase the contribution of young people in their communities and to strengthen social cohesion.

SERIES OF EXCHANGES AND DEBATES

Since 2004 (with initial support from the Office of the United Nations High Commissioner for Human Rights  and  from Radio Okapi), ADECOP has organised meetings that bring together youth and various local and international actors to discuss topical issues of greatest concern. In a context of fragility, and sometimes even hostility,  between various segments of the Congolese society and with the foreign actors, the ADECOP debates  seek to provide a platform for a constructive analysis of events and opportunity to dispell misunderstandings. Actors at various levels of a problem are encouraged to make informed decisions, sensitive to conflicts. The themes of past debates include the inter-communal violence in Ituri, the role of international justice in the fight against impunity in the DRC, and the relations between students and authorities in the Congolese.public space

ADECOP partnered with the United Network of Young peace-builders and other youth organizations for an Open Society Foundation-funded proejct that produced and published information on the current state of knowledge and practices in the field of the contribution of young people to the consolidation of peace and post-conflict reconstruction.

This Project compared the political speech and the content of the media to the daily realities of young people in regions of conflict and regions emerging from conflict. The  Project studyies the shortcomings in policies, but also identifies opportunities for the contribution of youth in specific areas of the consolidation of peace.